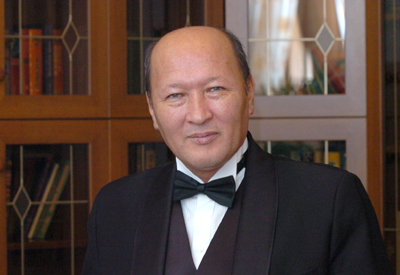 The method by which Prof. Norbekov has helped countless people to heal themselves is based on a thousand-year-old Eastern doctrine, Sufism. It builds on the knowledge that man, as a unity of body, mind and soul, has astounding inner potentials, which he can activate at any time. The body is the house of the soul. In the case of diseases, man can bring his soul back into harmony with its true nature, and thus heal itself.

He was born in Uzbekistan, but his career started at the age of eighteen after several men beat him until he was hospitalized for four months. The doctors could not help him; He was given a disability badge and was forced to undergo dialysis because of severe kidney damage. When he imagined his future as a patient in need of care, he became deeply depressed and even thought of suicide. But he did not want to accept this fate. An odyssey in search of healing eventually led him to his later teacher, Muhammad Chasan. The encounter with the hundred-year-old master changed his life forever.

The beginning of his apprenticeship was not easy for Mirzakarim and was characterized by resistance and doubts. But by the patience of his teacher and his own willpower, he was finally fully recovered within four years. Only then did his true apprenticeship begins: he continued to do the daily exercises, through which he learned more and more about the amazing abilities of every human being.

Norbekov combined old world knowledge of Eastern healing with modern scientific knowledge. His method began in 1982. It has been tested and continuously optimized for more than 30 years. His teachings have helped more than five million people today. With it, each person succeeds in finding access to his own self-healing powers.

In the mid-1990s the triumph of the method began, which received international attention through enthusiastic seminar participants and various publications. Norbekov sees it as his way to preserve ancient knowledge through his teaching and passes it on to the people of today. He founded an institute for self-healing in Moscow, from where his teachings spread worldwide.

Norbekov describes the knowledge of human nature and love for humans as his most important abilities.

Professor Mirzakarim Norbekov has a doctor's degree in psychology, pedagogy and medicine philosophy. He is a member of several international academies, a developer of patented inventions and a best-seller author. He is an ardent martial artist with a black belt and a third Dan in Karate.

Norbekov lives with his wife near Moscow. They have five children and adopted two more.