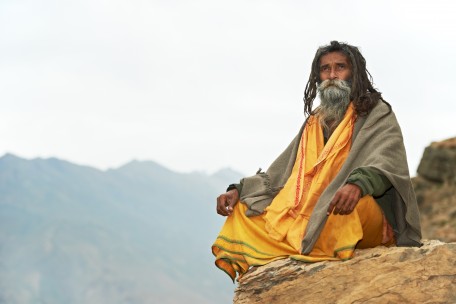 One day, an old man was sitting near an oasis, at the entrance to a Middle Eastern city.

A young man approached him and asked:

- I have never been here. Tell me, old man, what kind of people live in this city?

The old man answered him with a question:

- What kind of people were in that city from which you left?

- These were selfish and evil people. However, that is why I gladly left it.

After a while, another person approached this place and asked the same question:

- I just arrived. Tell me, father, what kind of people live in this city?

- Tell me, son, how did people behave in the city where you came from?

- Oh, they were kind, hospitable and noble souls! I have many friends left there and it was not easy for me to part with them.

“You will find the same here,” the old man replied.

The merchant, who watered his camels not far away, heard both dialogues. And as soon as the second man departed, he turned to the old man reproachfully:

- How could you give two completely different answers to the same question?

“My son,” says the old man, “each of us carries his own world in his heart.” Everywhere there are good people and bad ones. The one can find only that what he  capable to find.